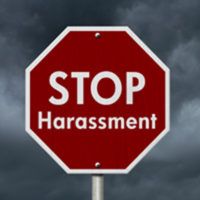 Following a sexual harassment and retaliation lawsuit, the owners of several IHOP franchises in Nevada and New York will pay $700,000 dollars to the individuals who reported the harassment to the Equal Employment Opportunity Commission (EEOC). The owners also agreed to implement new employment policies, update their training, and increase monitoring to settle the case.

The EEOC’s lawsuit outlined the alleged harassment, stating that employees were groped, received vulgar comments and unwanted touching, were sent pictures of male genitalia, and received invitations for sex. Employees also claimed that when they complained to the company, they received a reduction of hours or were fired.

What Classifies as Sexual Harassment?

The New Jersey Law Against Discrimination

In New Jersey, employees can file complaints under the New Jersey Law Against Discrimination (NJLAD). The NJLAD strictly prohibits a sexual hostile work environment. It requires employers to investigate sexual harassment claims and to not discriminate against gender, age, sexual orientation, creed, or disability.

The NJLAD classifies quid pro quo and a hostile work environment as two main types of sexual harassment. Quid pro quo harassment occurs when employment is conditional on the performance of sexual acts, including maintaining employment, advancing employment, or receiving an increase in salary. Hostile work environment harassment includes harassing a specific gender. This type of harassment does not necessarily need to be physical. It is reliant on someone creating a hostile environment by singling out a gender in an offensive, sexual, or taunting manner.

Ultimately, the stories that are being shared by men and women around the world are illustrating the importance of identifying sexual harassers and abusers. As the world continues to shift in a positive light, hope is being given to victims of these experiences.

If you are a victim of sexual harassment in the workplace, please consider contacting a Cherry Hill employment lawyer at Sidney L. Gold & Associates, P.C. Our lawyers are willing to fight aggressively throughout the legal process. If you are interested, call us at 215-569-1999 or contact us online for a free consultation. Located in Pennsauken, New Jersey, we proudly serve clients throughout South Jersey, including Cherry Hill, Mt. Holly, and Camden County.